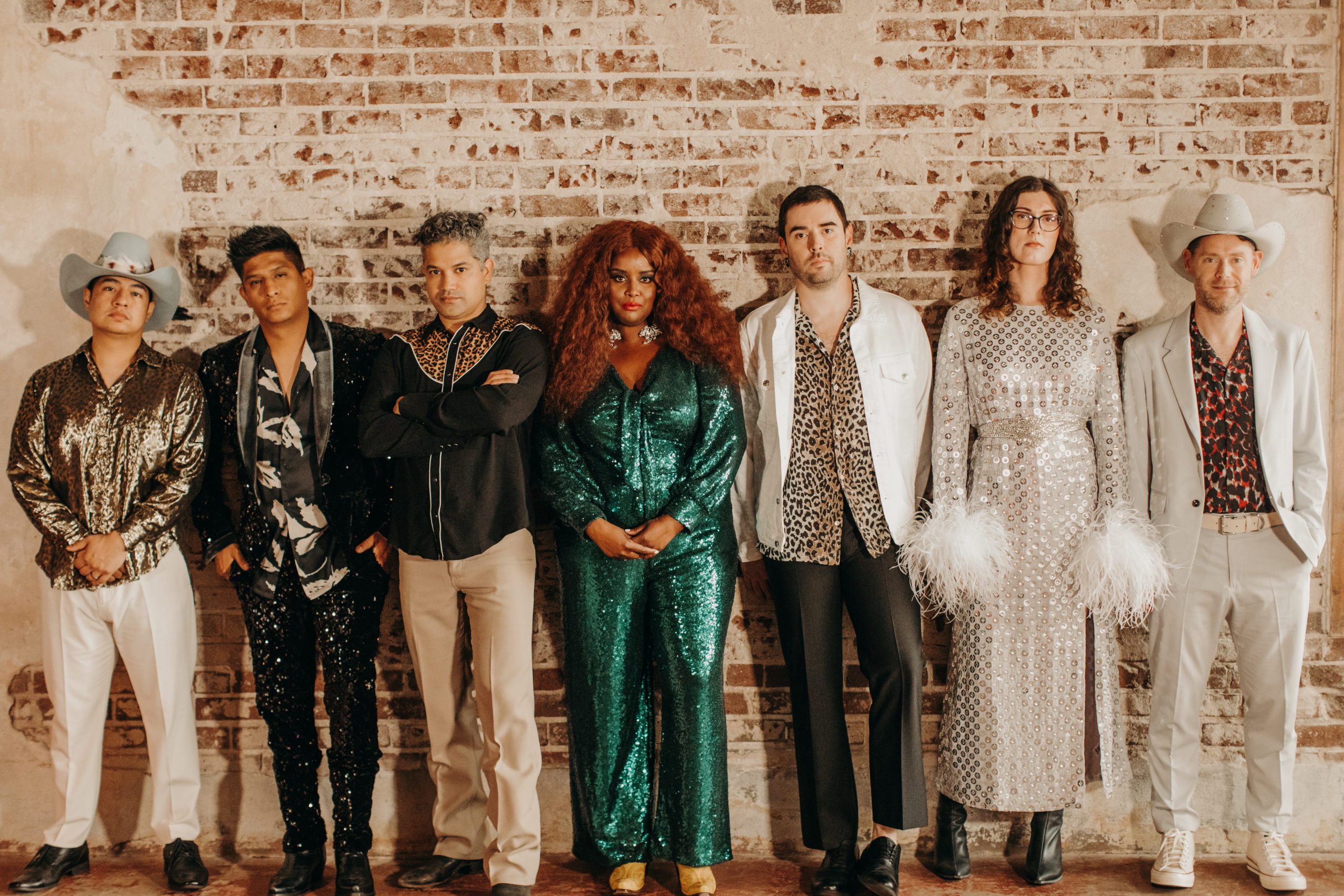 The Suffers’ latest album may have soul in it, but singer and songwriter Kam Franklin says it’s not a soul band. “Houston is the most culturally diverse city in the United States, so coming out of Houston, we’re making music without fear,” says Franklin, whose eight-piece band will perform Friday, June 3 at the Jo Long Theater at the Carver. Community Cultural Center. . “We are rock ‘n’ roll. There are no limits or rules to what rock and roll can sound like.

The group is coming to San Antonio after their official album release party in Houston on June 2, but Franklin says the whole week is a celebration of new work, It starts with love, which is released on June 3 and contains rock, soul and a lot of heart. “I’m really excited for people to hear it,” she says. “It’s gonna be fun.”

Tell us about It starts with love.

Technically, we’ve been working on this album for almost three years. It came together in a very untraditional way. Usually you’re all together in a studio and recording together. For this album, we did maybe three or four songs like that, but we also skipped studios a few times and finished the rest of the album at home. We really wanted to make sure we were giving ourselves the best opportunity to create the way we wanted.

It took time. It’s harder when you do it like we did, which is to finish it part by part at home. But it was also a lot of fun. It was during COVID and I was waking up and singing until I couldn’t sing anymore.

You wrote “Yada Yada” after what you described as a racist experience in Nashville. How has this influenced your music?

There are three songs on this album that were written that night: “Yada, Yada”, “I’m Not Afraid” and “Nunya”.

It was written after I went to Nashville for a music festival, and I had been there and played music festivals and had relationships for a few years. I went to a festival and I’ve been to different places. I was called the name of another black artist and I was called his name 37 times in 48 hours. I spoke up and said, “I know I’m not that famous, but my name is Kam Franklin,” and I was made to feel small.

I lost it. They can take the time to learn the names of the two or three black people they have brought into the fold. We’re seeing more black people in folk and American music and that’s a nice thing to see, but just because it’s happening right now doesn’t mean it’s going to be the law of the land. There is still work to be done to ensure there is fairness and inclusion of how much we get paid to play on the radio.

I don’t name anyone in particular in the song. I just took the opportunity to say f*** y’all. There’s a lot of themes on this album, but it’s really about standing up for yourself and setting those boundaries. Everything we do is not necessarily an insult, it is a question of information and education.

You said this album also had to sound like Houston. How?

I feel like we do that with every record we do in terms of releasing every instrument, every sound, every tone that we feel represents the city of Houston. It’s not necessarily an instrument; it brings it all together.

We don’t just come from a traditional type of music. I know I’m going to bring a lot of soul and a lot of gospel, but we also need those other instruments to get our sound: percussion conga, bass, touches and influences from cumbia, reggae and jazz.

How does San Antonio’s music scene compare to places like Austin or Houston?

San Antonio is so culturally diverse and so special. My mom’s family went to South San, and my dad’s family is from Seguin and went to Texas Lutheran. I grew up going to San Antonio, and my show in San Antonio will serve as a makeshift reunion. I am a child of this city even if it is not my city.

I get very angry when I hear someone diminish what San Antonio is or has to offer. This is not at all a comparison with Austin. Even though San Antonio has its flaws and has had issues, like other cities, getting those big festivals or tours, it just keeps trying.