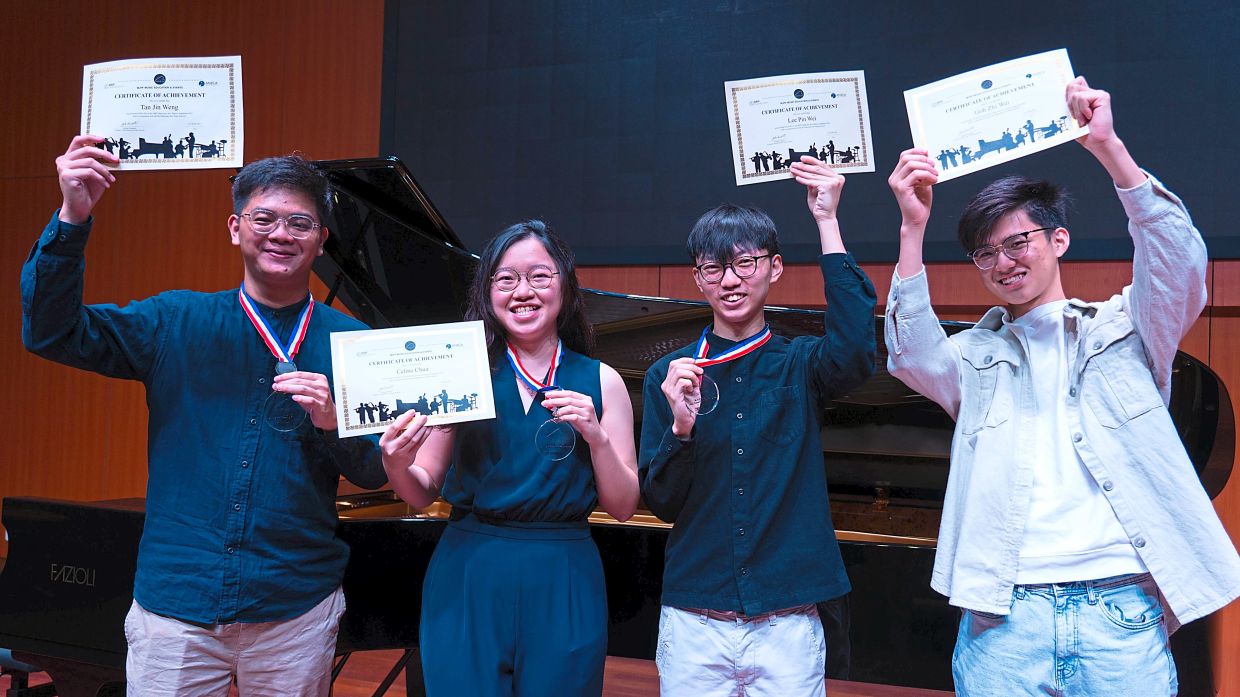 UCSI wins a podium with jazz

When he recently took the stage as a contestant in the Malaysian Jazz Talent Competition, Tan Jin Weng was inwardly battling stage fright.

It was his first time in the competition and he was still getting used to performing in front of an audience.

But any trepidation felt by the UCSI University Institute of Music student evaporated the moment he began his performance, which saw him being named champion at the event held during the Malaysian Jazz Piano Festival (MJPF) 2022.

Making his victory even more memorable was the joy of seeing classmates Celine Chua, Lee Pin Wei and Goh Zhi Wei place second, third and fourth respectively for their performances in the Grand Finals held in June.

About his achievement, Tan said, “I’m really happy and quite surprised at the same time. I didn’t think I would win because all the other competitors were extremely talented and they played really well.

“As classmates, we know what each of us can do. We trained very hard and brought out the best in each other. I wish there were more than three places on the podium,” he added in a recent press release.

Tan’s performance, which won over the jury of some of Malaysia’s top jazz performers like Michael Veerapen and Tay Cher Siang, was anchored to an original composition titled “New York Attitude” and a Malaysian Real Book piece titled “New Joy”.

He won a cash prize of RM500, a medal, a certificate and some jazz music books.

Having started music at an early age, Tan, with the support of his parents, enrolled as a music student when it came time to pursue his graduate studies.

“I have always wanted to pursue music seriously and am grateful to have been exposed to jazz music from day one at UCSI.

“The who’s who of contemporary and classical music teaches here. I learn so much from master classes led by famous jazz musicians like Veerapen, and my assistant lecturer Ch’ng Wee Lern ​​inspires me,” he shared.

Established in 1990, UCSI Institute of Music is ranked the 19th best university in the world for the performing arts in the QS World University Rankings by Subject 2022.

The impressive performance of the quartet Lenny Robinson and Exploration