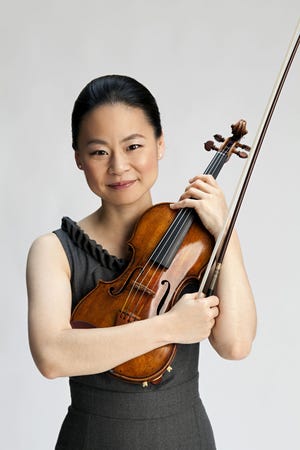 There’s still plenty of summer to savor as August approaches, and that means live music. From chamber orchestras to jazz festivals, blues concerts to rock shows at the Ulster County Fair, here are a few shows to put on your calendar:

Violinist Midori will perform on August 9 and 10. Midori made her concert debut with the New York Philharmonic at the age of 11 under the direction of Zubin Mehta. “An Evening of Violin” will feature music by Johann Sebastian Bach, John Zorn, Thierry Escaich, Jessie Montgomery and Annie Gosfield. Tickets for the August 9 concert are $35 for adults and $10 for students 17 and under. The August 10 concert will be free for all students ages 12-18, and students will be able to meet and greet Midori after the performance. Other tickets for this show are $35 for adults. All performances begin at 8 p.m. at the Sunset Concert Pavilion, 442 J. Young Road, Livingston Manor. Advance reservations are requested. Call 845-439-3277 or buy online. For the full performance schedule and more information, visit shandelee.org.

To eat:Where to eat a lobster roll

The fair, held annually at the Ulster County Fairgrounds in New Paltz, always features a slate of live performances. Here is the 2022 program. Ian Flanigan, native of Saugerties and candidate for “The Voice”, is the headliner. The fairgrounds are located at 249 Libertyville Road. For hours, ticket prices and more information about the fair, go to ulstercountyfair.com

Violinist Kutik will make his Maverick Concerts debut in his annual chamber orchestra concert at 6 p.m. He will be the featured soloist alongside the Caroga Arts Ensemble, led by music director Alexander Platt. The evening program will include an assortment of musical works spanning the 20th century, including Shostakovich’s Sonata for Violin, Strings and Percussion, Op.134, arranged by Mikhail Zinman and Andrei Pushkarev (1968). The performance will also include Theme and Variations by Alan Shulman, for viola, strings and harp (1940); Gustav Mahler’s Adagietto from Symphony No. 5 (1902); and Ernest Bloch’s Concerto Grosso No. 1 (1925). Tickets are student: $10; inside Level 1: $45; Level 2: $27.50; Level 3: $24.00. Exterior: $20.00 (benches but not covered). Maverick Concert Hall, 120 Maverick Road, Woodstock, maverickconcerts.org/schedule