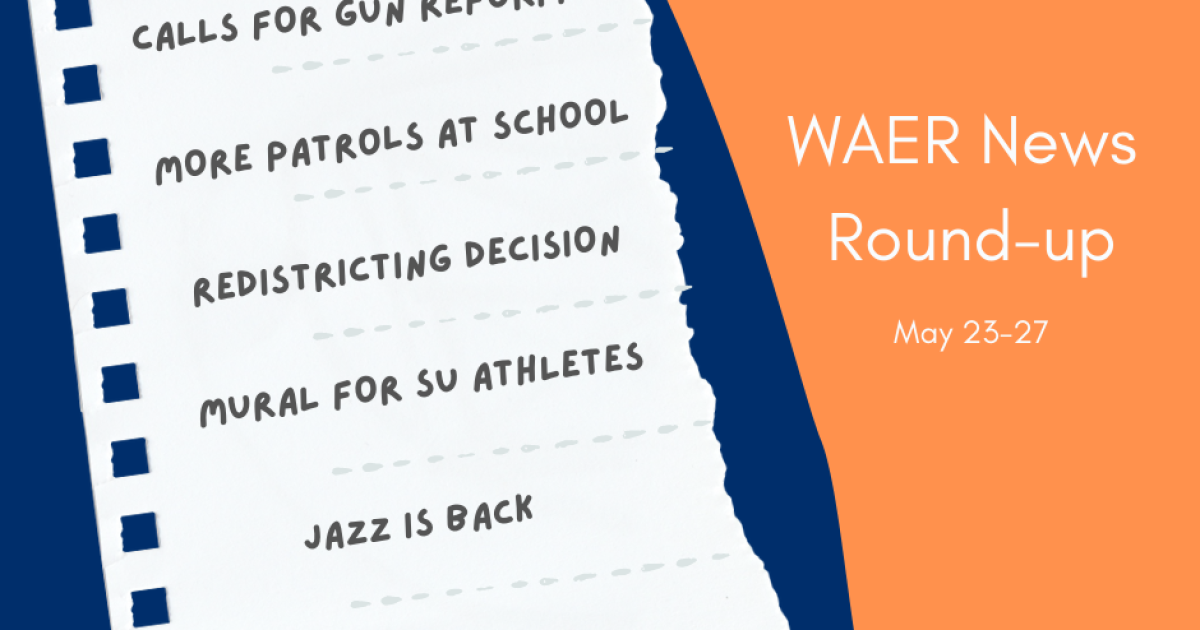 1. Senator Gillibrand hopes lawmakers will “take control of this problem” and act on gun safety measures

Senator Kirsten Gillibrand hopes Congress will consider common ground on gun reform legislation after the mass shooting at a Texas elementary school. For example, she hopes there will be movement on a universal background check bill, a ban on military-style assault weapons and a gun trafficking bill.

2. Senator Rachel May’s State of Our Youth rally focuses on violence in schools

Many high schools from the Syracuse City School District participated in the event where they discussed the impacts of gun violence and what can be done after the recent mass shootings at Texas elementary school in a Tops Market in Buffalo.

The Syracuse Police Department is adding a second roving patrol after a student from the City of Syracuse School District brought a gun to Ed Smith School earlier this week.

It is now clear which congressional districts voters in central New York will be in after a judge gives final approval to the redrawn maps. A special master was commissioned by court order to redraw the maps. He drew the new 22nd District to include Onondaga, Madison, and Oneida counties.

Governor Kathy Hochul signed the Adult Survivors Act to open a one-year window of opportunity for survivors of sexual harassment and abuse who have passed the statute of limitations to take their case to court, as the law on child victims.

6. United Way and Commonspace launch “Give Where You Live” campaign to help Syracuse residents in need

Commonspace tenants and residents will have their monthly donations to United Way matched by their landlords.

Convergent Energy+Power is partnering with National Grid on a project that uses batteries to store electricity generated by solar power. The developers said it can help during peak demand periods, help protect against power grid issues, and lower costs for consumers.

A conference at SUNY ESF brought together more than 150 professionals, students and industry leaders from across the region and country to share the latest drone research and development. The gathering was an opportunity for experts to understand the potentials and challenges of drone development.

A massive mural on the side of a building in downtown Syracuse will pay tribute to four basketball players: Dolph Schayes and Earl Lloyd, Manny Breland and Breanna Stewart, who were legends of the game, despite racism, anti-Semitism, sexism, child sexual abuse and homophobia.

ten. Jazz In The City 2022 returns to Syracuse to entertain and educate on public health, COVID

Jazz In The City 2022 returns to Syracuse to entertain and educate about public health and COVID. All families could attend concerts and food, or access free goodie bags on health information and practices.

Bring the ballet to Mt Laurel

“Do we want music to be a pursuit only for the rich?” Anger grows over PRS Foundation cuts | Music