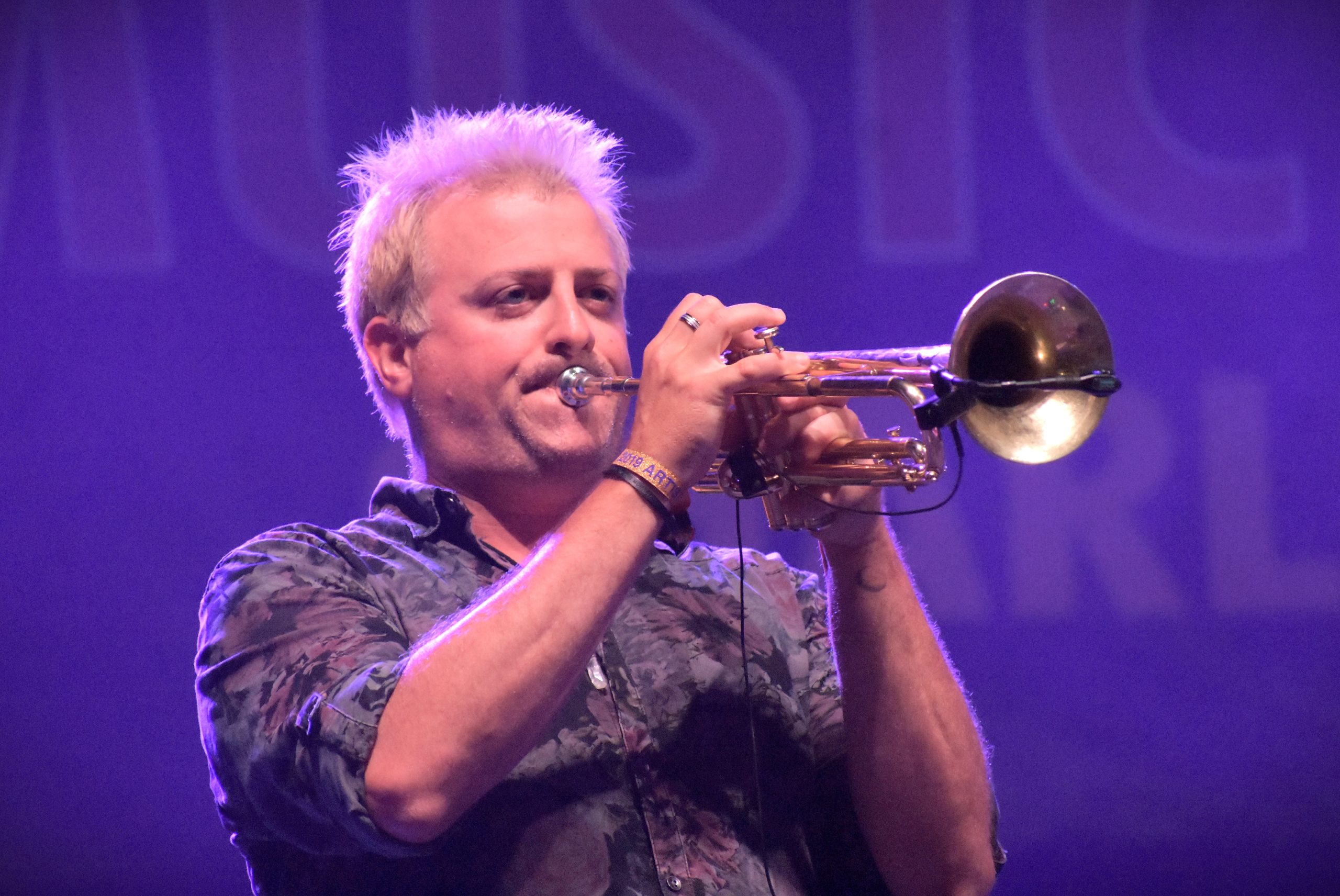 Among the many great musicians who call Rhode Island home, Doug Woolverton stands out from the crowd. The trumpeter has performed with nationally recognized artists including Aretha Franklin, Warren Haynes, Roomful of Blues and, most recently, blues keyboardist Victor Wainwright.

Woolverton and his band will perform a special Valentine’s Day show at the Updike Room at the Greenwich Hotel in East Greenwich on February 12. The event will include a full meal followed by the concert. Click here for tickets.

I spoke to Woolverton last week while he was in Los Angeles preparing for several shows in Northern California with his girlfriend’s band. Like many artists, his career has been impacted by the pandemic with his performance schedule pretty much wiped out.

â€œI relied entirely on touring, it was my full income,â€ he explained. â€œWhen it all stopped, so did the income. It affected me for over a year and a half and continues to be. At my peak, I was doing well over 200 shows a year and that has been drastically reduced. “

He remains optimistic howeverâ€¦ “I’m not the only one in the boat, the good news is that we are all in the same boat, and that reassures you.”

Meanwhile, he’s looking forward to touring more regularly, starting with the Greenwich Hotel show next month. Woolverton and his band will perform the complete Kind of blue, the famous modal jazz album recorded by Miles Davis and his band in 1959.

â€œI will be celebrating my 10th anniversary doing the Miles Davis Tribute Show. I started the show in 2012, and the first show was at Fifth Element on Broadway in Newport.

He says he was inspired to play a Miles Davis show after a chance meeting with a young woman. â€œI remember talking to this family who had a baby girl and they asked me ‘who is your favorite trumpeter?’ I said Miles Davis and she didn’t know who he was. Woolverton realized that the younger generation would become less and less familiar with the famous trumpeter and his legacy.

â€œSo I thought I had to do something, create something, really put it in front of people. Kind of blue alone is such an iconic record, â€explained Woolverton. â€œBecause of this conversation, I formed a team. I was on tour with Roomful of Blues at the time, I said ‘Hey guys, if I do the show, would you like to be my backing band?’ Everyone was very supportive of me, and I used Roomful horns for that first show, and it kind of evolved from that.

The show became so popular that the group added a second night at a recent Bridgefest event. â€œNewport really backed it up, the show went from the Fifth Element to a theater type production, with animated backgrounds and lights and more,â€ he noted.

The show will feature the full album as well as other Davis classics. “I’m going to start the evening with a few songs that led to Kind of blue, all the 50’s stuff, it’s a 90 minute show, and the album is only 48 minutes long, â€Woolverton said.

Kind of blue is considered by many critics to be the greatest jazz album ever recorded. It has sold over 5 million copies, which is unheard of for jazz music. Miles fans will appreciate Woolverton’s take on music. He explained how the group approaches the compositions.

â€œThe arrangements we play are faithful to the recording. On the solos, throughout the sextet, we will quote the selected artist that we represent, but it is up to the musicians who are involved, I allow them to be themselves. I will play Miles’ transcriptions, you will hear all the colors in the sounds he played. The arrangements are exact, the solos depend on the artists who will be on stage.

â€œAnother interesting fact – the trumpet I play for this show, it’s very, very precious, extremely rare, it’s the exact horn and model year, that Miles David played on Kind of blueWoolverton noted. Also, the mute I use is the same year-round model that he used on these records. It’s as close as it gets to the Miles sound.

The band for the show includes Woolverton on trumpet, Mike Tucker on tenor sax, Chase Ceglie on alto sax, Rusty Scott on piano, Keala Kaumeheiwa on bass and Chris Rivelli on drums.

Bring your Valentine to the show – Doors open at 6 p.m., dinner served at 7 p.m. and show scheduled for 8 p.m. Dinner includes a starter, a house salad with bread and a bottle of wine. Vegan and vegetarian options are available.

For tickets and more details on the show, click here.

Jump into 2022 with something new at Liberty ARTS DISTRICT station