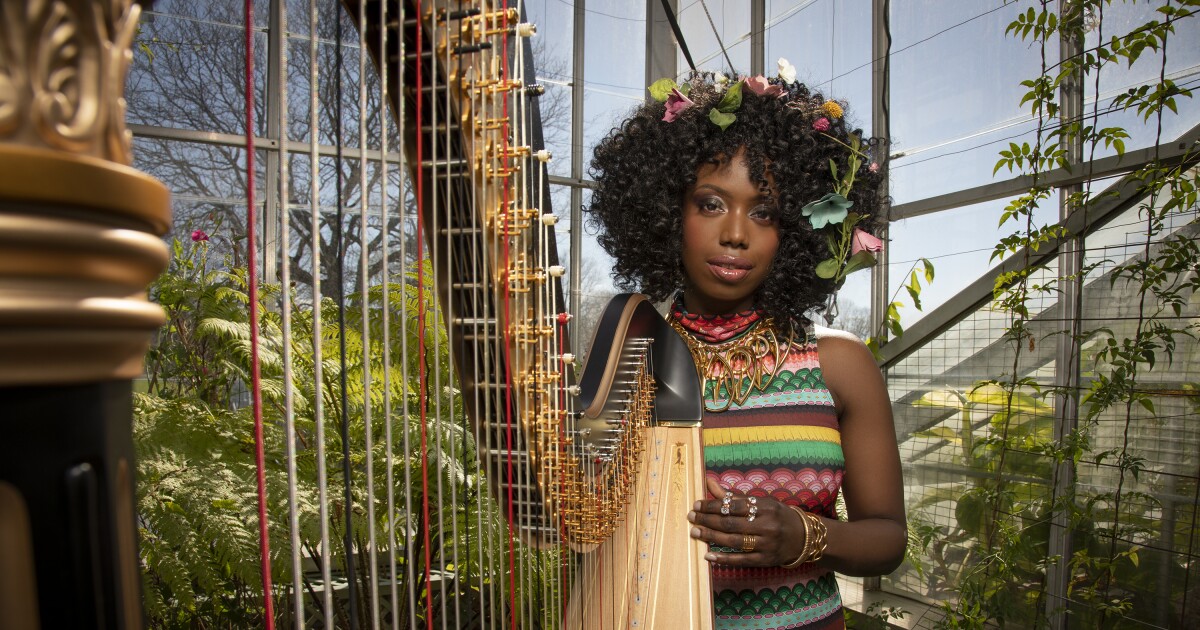 With “Reclamation”, harpist Brandee Younger shares a glimpse of her impulse! Start

At the end of last summer, harpist Brandee Younger appeared on an episode of The Checkout to share good news: her signing with the venerable Impulse! Records, with an album planned for the new year. These debuts with a major record company are now on the horizon: Somewhere different will be released on the label on August 13.

The album’s first single, a melodic jazz-funk excursion titled “Reclamation”, was released digitally today. Composed by Younger and produced by his partner in life and music, Dezron Douglas, it features Anne Drummond on flute, Chelsea Baratz on tenor saxophone and Allan Mednard on drums, as well as Douglas on electric bass.

As I noted in a #NowPlaying article for NPR Music, “Reclamation” sounds like a callback to the popular heyday of jazz-funk in the 1970s – and a nod to two of Younger’s recognized predecessors at the harp, Dorothy Ashby and Alice Coltrane.

Younger is keenly aware of the visibility she has as a black harpist in an improvisational idiom. “As a harpist, it’s doubly weird,” she told The Checkout. “I can’t wait to grow up in this community and try to expand not only my voice, but also the voice of the instrument in a non-traditional situation.”

Somewhere different was recorded at the Van Gelder Studio in Englewood Cliffs, NJ – the same iconic piece where Alice Coltrane did A monastic trio, and her husband John recorded Supreme Love. The sessions ran from last November to February, just as a pandemic lockdown began to give way to new freedoms.

Younger and Douglas were, notoriously enough, very productive at the start of the unmoored phase of COVID-19 in New York City. A weekly livestream from their Harlem apartment became an acclaimed album, Force majeure, on the international anthem. (This served as the focal point for an episode of Jazz United.)

A track from the album, “Toilet Paper Romance,” was also featured in the Jazz Night in America video series. Duets alone together, who has chronicled jazz couples who have found ways to create together in the quiet of their forties at home.

Somewhere different announces a new dawn: its sound carries the elevation of renewal. In addition to the musicians mentioned above, it includes contributions from drummer Marcus Gilmore, trumpeter Maurice Brown and bassist Rashaan Carter; her special guests include bassist Ron Carter and singer Tarriona “Tank” Ball.

“It’s my way of combining all of the worlds I have into one,” Younger said in a press release. “It’s me doing my own thing completely.”